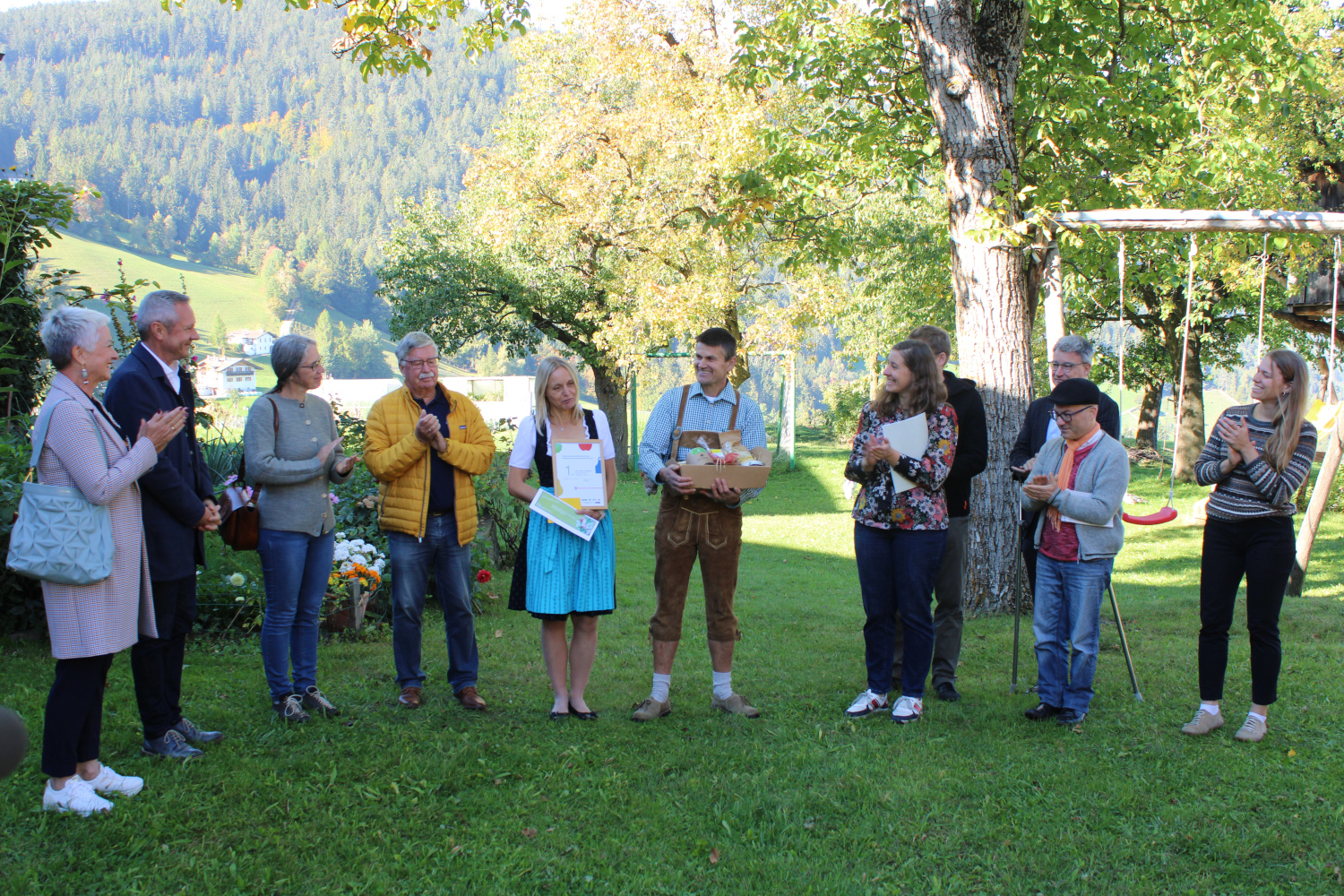 The most valuable orchard meadow of the province is determined

Initiative Baumgart awards the prize of the orchard meadow championship 2022

The Baumgart Initiative organized the first orchard meadow championship in South Tyrol in 2022. All owners of orchards meadows, i.e. meadows with scattered fruit trees, were invited to register their orchards for the competition. A total of 62 owners from all over the province responded to the call and registered their Pangerter or Anger, as orchards are called in South Tyrolean dialect. After an expert (Alexander Schönafinger) had personally visited and evaluated all the registered orchards, the top 10 were visited again by a jury consisting of representatives of the eight member institutions of the Baumgart Initiative: Eurac Research, Sortengarten Südtirol, Dachverband für Natur- und Umweltschutz, Amt für Natur, Bioland Südtirol, Roter Hahn (SBB), Heimatpflegeverband and Obstbaumuseum Südtirol.
Now the winning orchard meadow has been determined: it is a Pangert on the Stablerhof in Steinegg (Karneid), owned by Artur and Edith Vieider. The Anger convinced the jury by the plurality of fruit species and varieties that grow here. The grassy area under the trees is used as pasture for the cows, as well as a place for the chickens of the farm to run, and has a high biodiversity. “The Pangert extends on the hills above Steinegg and blends beautifully into the landscape,” says Johannes Ortner of the Heimatpflegeverband. Tables and benches, as well as a small playground testify to the use of the Angers as a place of recreation, not only for the owners, but also for the guests of the farm, the Stablerhof offers agri-tourism. The orchard is also lovingly tended by its owners, who also process the resulting products into juices and jams. “Thus, the winning area embodies all the values that are important to us as the Baumgart Initiative: The aesthetic and recreational value, the cultural value as a place where traditional processes are maintained and products of high culinary value are produced. In addition, the ecological value as an extremely valuable habitat and finally the economic value as a space that also has a function for the farm as a production facility and for farm vacations,” explains Julia Strobl of Eurac Research.
In addition to the main category, the orchard championship also saw the selection of a prize winner for the special category of new plantations. Newly planted orchards with young trees cannot yet compete in many respects with old stands, with gnarled trees, spreading crowns and high yields. Nevertheless, “newly planted orchards send an important signal and are essential for the future of this cultural landscape in our province,” says Dominik Greiss of the Sortengarten Südtirol. For this reason, the initiative wanted to pay special tribute to these orchards and award them a special prize. The winners were Elisabeth Prugger and Simon Platter from Greiterhaus, who together planted an apricot orchard in Tschengls (Laas). The Anger is part of a comprehensive concept for direct marketing. In addition, the two are working together with the citizens’ cooperative Obervinschgau on innovative products from their fruit, and want to contribute not least to the future of the orchards.
The award ceremony took place on 06 October 2022 directly on the Stablerhof in Steinegg. The prize was awarded on this occasion by Ulrike Gamper (Amt für Natur), Johannes Ortner (Heimatpflegeverband), Lukas Egarter Vigl, Andreas Hilpold and Julia Strobl (Eurac Research), as well as Hans J. Kienzl (Roter Hahn-SBB), Helmuth Scartezzini (Dachverband für Natur- und Umweltschutz) and Martina Frapporti (Bioland), who together represented the Baumgart Initiative. Also present were the Mayor of Karneid Albin Kofler and Vice Mayor Martina Lantschner Pisetta. The winners received two museum cards for the museums of South Tyrol, a gift basket with organic products and a consultation appointment with Dominik Greiss from the Sortengarten Südtirol. 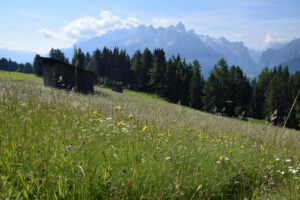 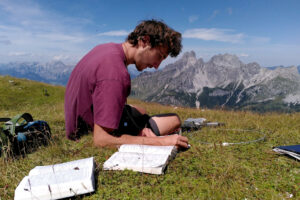 LUZALP – Cryptic evolution and diversification of Luzula sect. Luzula in the grasslands of the Eastern Alps