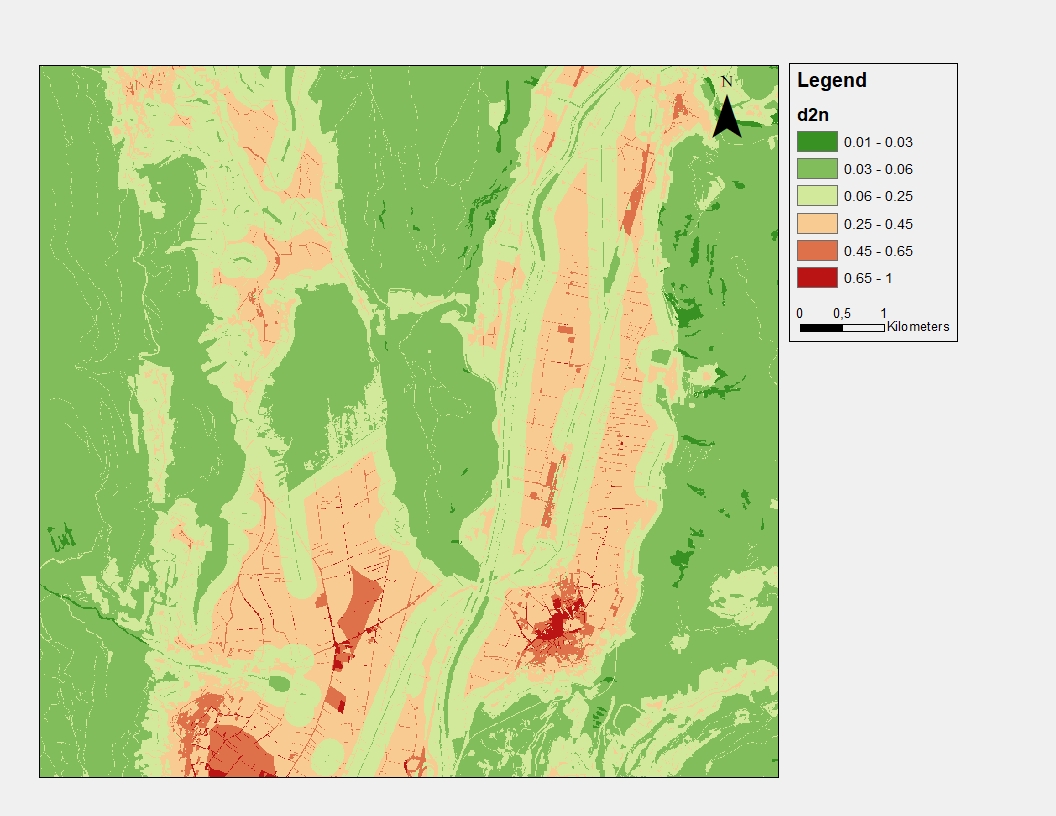 The condition of many ecosystems around the world is deteriorating, in some cases with dramatic effects on biodiversity. Agricultural intensification, urban sprawl and habitat fragmentation (the process of islanding or fragmentation of habitats) are just some of the reasons for this. Current research shows that this trend can be counteracted by establishing a network of near-natural areas. In this project, the Distance to nature Index (D2N ) according to Rüdisser et al. (2012) will be applied in South Tyrol. If a landscape is interspersed with hedge rows or single near-natural areas such as forests and wetland habitats, this results in a higher naturalness value. If a site is located in a landscape with only unnatural, intensive cultivated areas such as crop fields or orchards, it is assigned a lower naturalness value. The goal is to spatially model a network of near-natural areas in such a way that the total area of South Tyrol corresponds to the predefined target values and is thus in a sufficiently good ecological condition.

Within this special project, improvement possibilities in the form of hedgerow networks were modeled for the most important land use types (grassland, permanent crops, fields, settlement areas) of South Tyrol. Here, 4 different target values for the D2N are provided on different land use types: extensive land use < 0.25 (grassland), intensive land use (orchards, vineyards, arable land) < 0.35, loose settlement area < 0.40 and dense settlement area < 0.45. The D2N thus contains values between 0 and 1: 0 = natural, 1 = artificial, strongly influenced by humans.

In the first phase, green structures and field paths were mapped using actual orthophotos, i.e. distortion-free aerial photographs. These data and the distance to a near-natural habitat form the basis of the D2N value.

Various potential hedgerow networks were then modeled for the four land use types. Modeling was performed using a least cost path analysis in ArcMap and Graphab. Subsequently, the D2N was recalculated using the obtained data. Initial results are promising! 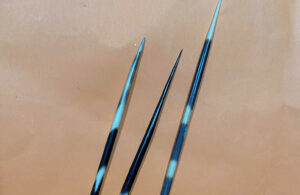 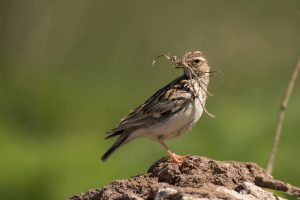 On the search of grassland-birds