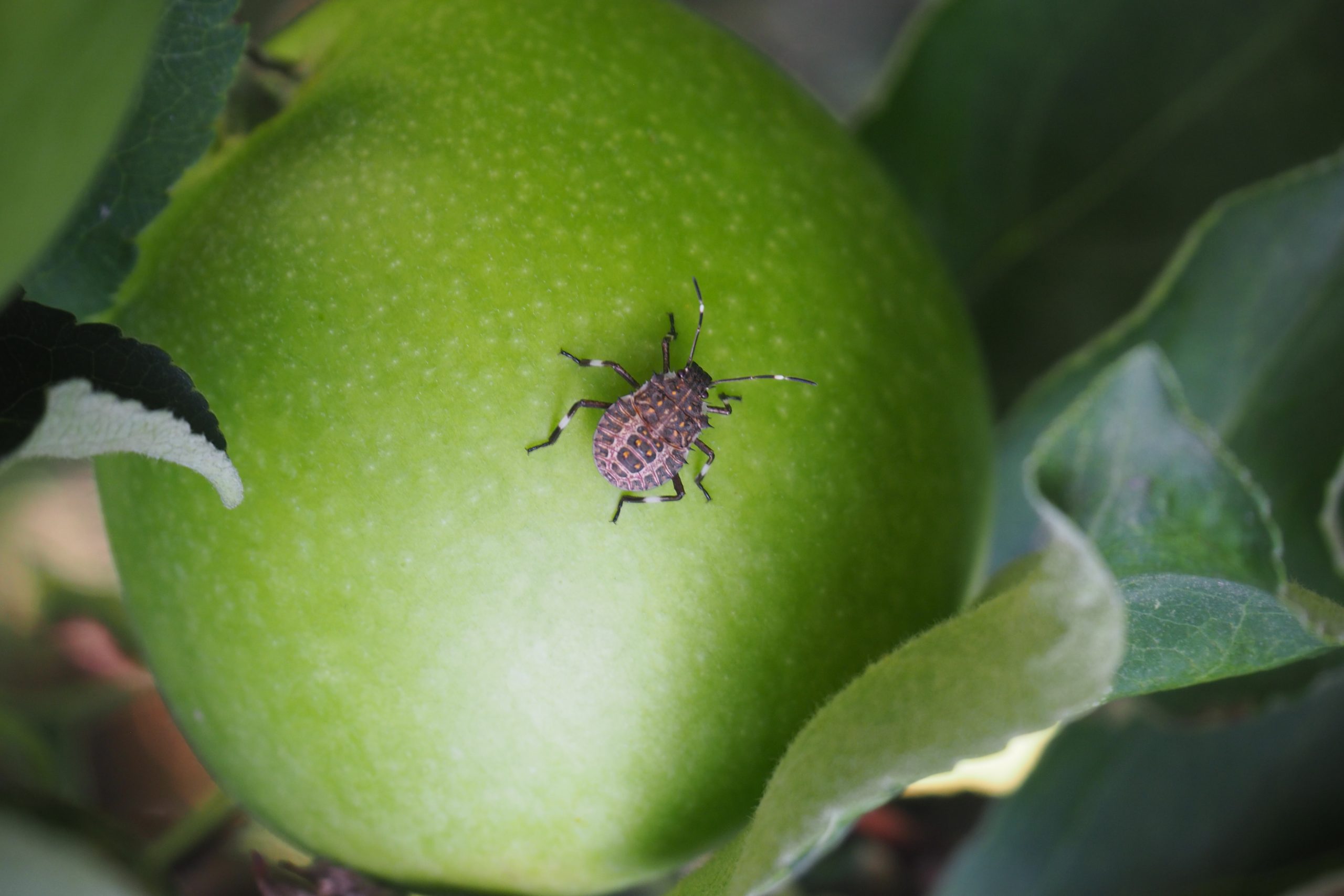 Distribution of the brown marmorated stink bug and its parasitisation: a comparison of fruit growing and natural sites

Project description and goals: For a few years now, the brown marmorated stink bug (Halyomorpha halys), originally from Asia, has been present in South Tyrol. Here, the bug causes great damage to apple cultivation: when eating, the bug feeds on apples, and causes deterioration to the fruit’s quality. A possible strategy to control the pest is the import of predators that parasitise the eggs of the brown marmorated stink bug. Various parasitoid wasp species are particularly suitable for this aim, especially the non-native samurai wasp (Trissolcus japonicus), and the native species Anastatus bifasciatus. These species lay their own eggs inside those of the eggs of brown marmorated stink bug. The growing wasp larvae then consume the bug eggs from the interior.
However, the release of non-native parasitoid wasps could have an impact on the native bug and wasp fauna.
The aim of this project is to understand which species occur in different locations and to also study the effects of the release of exotic predators.

Methods: We selected three orchards from the Biodiversity Monitoring South Tyrol project for examination. We chose only organically farmed areas in order to minimise the influence of pest management strategies. Close to each of the selected orchards, we chose natural sites, with no apples growing in the immediate vicinity. These natural locations have similar topographical conditions to the examined apple orchards in terms of sea level and exposition. In all the examination sites, we use various methods for the detection of the stink bugs and their parasitoids as visual inspections, whereby bug eggs and bugs are recorded. We also take samples with the use of beating and sweep nets to survey the presence of the bugs and their predators. In addition, we install malaise traps and painted bowls which are used to detect both bugs and various Hymenoptera.

Partners: The project is carried out in collaboration with Laimburg Research Centre.

Biodiversity in the Latemar’s windthrow areas

The woodland brown butterfly in South Tyrol – phantom or reality?