The woodland brown butterfly, which is endangered throughout Europe, has not been recorded in South Tyrol for 20 years. In a special project of the Biodiversity Monitoring South Tyrol, a research team from Eurac Research has set out to find the butterfly.

The woodland brown (Lopinga achine) is an endangered butterfly species, whose population is in decline throughout South Tyrol. The species has also been classified as “threatened” in the Red List of South Tyrol. So far, the butterfly has only been observed in South Tyrol on the Mendelkamm. However, for twenty years now the woodland brown has not been observed there either. Therefore, in summer 2020 a research team from Eurac Research started a targeted search for the butterfly in the Mendola region. The search was part of a special project of the Biodiversity Monitoring South Tyrol. “The aim of the special project is to investigate the occurrence and distribution of the woodland brown in South Tyrol,” explains Elia Guariento, an insect expert from Eurac Research. The team also wanted to understand more about the distribution and population size of the species in our province. Another aim was to propose concrete measures for the protection of the butterfly in South Tyrol. The experts also wanted to increase knowledge about butterfly biodiversity in the forests along the Mendelkamm: All existing butterflies were surveyed at several individual sites. The study was carried out in collaboration with the Provincial Nature Agency.

For the surveys, the entomologists went to the Mendel area between June and July, where they caught all appearing butterflies with a net. Once the captured animals had been identified, they were released back into the wild. For the surveys, the research team concentrated on light and grassy forests, all suitable habitats for the yellow-ringed butterfly.

In the 2020 surveys, the woodland brown could not be found despite a targeted search. However, as it is basically a rare butterfly, it cannot be excluded that it was not recorded in the surveys, although it does occur in the area. Specific searches will therefore be carried out in 2021 to continue monitoring its occurrence.

Although the woodland brown has not been found so far, there are also positive reports: The surveys have shown that the forests of the Mendel forest are home to a large number of butterfly species. The research team was able to survey a total of 36 species, including the (Eurasian) white admiral (Limenitis camilla).

“The combination of light forests, open and sunny locations, as well as some bodies of water such as fire ponds, obviously provide a suitable habitat for many species,” says butterfly expert René Federspieler, who studied the forests on behalf of Eurac Research. Some of the butterfly species were identified for the first time in this area. The project also contributed to the completion of the regional butterfly database. 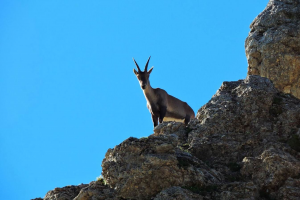 ONLINE Colloquium of the Platform Biodiversity: The ecological niche 2.0: movements and constraints of animals in the anthropocene 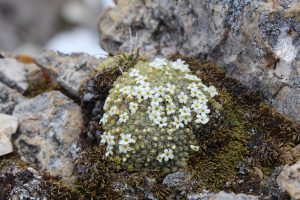